Our story line is about Kyler cheating on Lani, Talia and I. We were all sad and so was he because he loved all of us and didn't want to chose one of us. He was sad and upset because he wanted all of us to stay, but he hurt us. It related to our lyrics because the song is Stay by Rhianna, and it's about wanted people to stay and not leave. I think that our song is making our story come together and really work out perfectly!

My favorite fast-edit montage sequence is is of Kyler. The lighting is perfect so it makes him look like he's glowing. I also like another fast edit montage sequence of Talia, Kyler and I. Again, the lighting is amazing and we acted very well in it. We have a very good amount of fast-edit montage sequences in our story, and I'm very proud of all of them.
My music video showcases our best work by having really good sequences of wide, medium, and close. We also used some good filming techniques like rule of thirds, etc. We edited together all of our lip-syncs perfectly to make it look like we were actually singing, and I think that is a good example of our best work also. We have so many really clear focused shots with perfect lighting which make our video so much better. This is the last blog post I will ever post to my blog, so see you never!!!! Peace.
Posted by Unknown at 3:12 PM No comments: 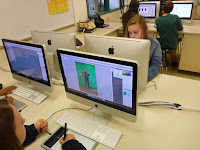 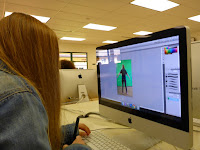 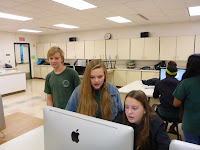 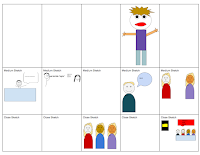 We used humor in our story mostly by exaggeration. Alani doesn't sneeze that much when she's hungry, however she does sneeze once or twice. Tessa doesn't fall every 5 seconds either. We exaggerated their weird traits that make them different, and it added humor to our animation. It could relate to our audience because we all have those little weird things that we do, but they make us who we are.
I think that my team worked okay together. We did struggle with motivation and some other things, but I think we pulled it together. At times we would yell at each other, or scream. And at other times we would just give up. But then we just stuck with it and pulled ourselves together. Our level of productivity was okay, but not the best. We weren't do great at communicating with one another, but we worked that out. Our best moment during production was probably... okay we didn't really have one. 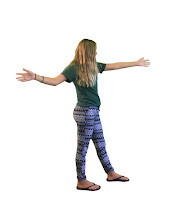 Define myself? I'm weird, and I have certain humorous imperfections that make me who I am. For example, when it's raining on a Sunday, I get really sad. I don't really know why but I think it's because there's school the next day and it's raining so I can't go to the beach and there isn't much else to do. Another character trait I have is that when I get hungry or tired, I have a meltdown. Another thing I tend to do is when I'm walking in public, I start thinking that other people are judging the way I walk, so then I start automatically walking weird and I can't stop. I have many of these imperfections, and they make me, me. 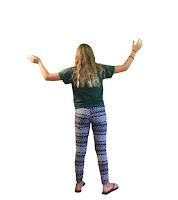 First step to creating a personal gif is cutting out your body. Then you animate. Puppet warp is difficult, but watching video tutorials makes it a bit easier. Animating was not my forte. Every new movement you made, you had to have made a new frame and duplicate the layer.After you're finished animating, you have to save your file as a gif. I don't really like my finished gif. I made a pretty swaggy background though. I just don't really like how it isn't super creative.

Posted by Unknown at 5:22 PM No comments: 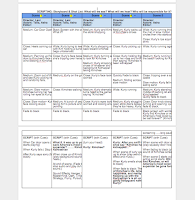 adventurous, funny, creative, lighthearted, and amusing. My goal for the movie trailer is to make the audience laugh. The key words connect to that idea.

My overall message is that you don't have to be the smartest, or the strongest at what you're doing to succeed or be successful. It's important because if you don't think like this, you might lose hope and give up. We send this message by having Kurly save Kimchee, and show her struggles, but overcome them. Kurly isn't the best bodyguard... in fact she isn't a very well trained one either, but she still rescues Kimchee and saves the day.

The biggest team challenge that we faced was probably trying to schedule filming around our schedules because we all have sports almost every day. We each ended up having to skip a few practices, and we made it work. Another challenge that we faced was getting the best quality shots in stores in the mall where there isn't much room for tripods or even the kind of angles we needed.
Posted by Unknown at 2:21 PM No comments: 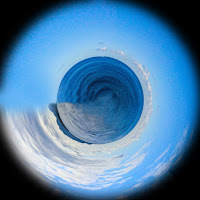 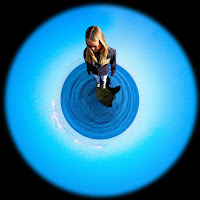 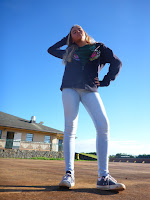 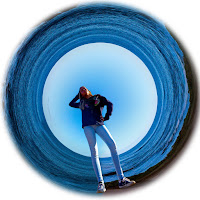 The point of composite images is to capture all of the elements of numerous images in one final product. It helps create a variety of shots with the same subjects and compress them into one photo. Composite images create a better developed image than just a regular photo because it captures all colors, light and subjects. I think that composite images make the overall product much better than just normal photos. They capture many more details, and provide a better range of colors. 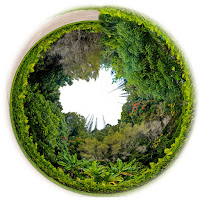 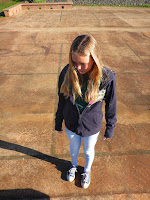 There are many things that make my finished tiny worlds convincing. First, I edited it to make it look as seamless as I could. I also used a smudge brush to better line up the horizon when there were flaws in creating my panoramas. I also skewed my portrait to make it look like the photo was taken from an angle. I also created a shadow for myself that isn't super noticeable but you can still see it. 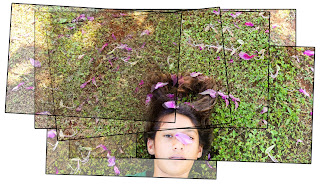 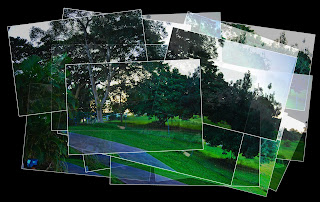 Posted by Unknown at 4:35 PM No comments:

I have five goals that I am going to try to achieve this new year. My first and most important goal is to become a better person. I will try to help people more when they need it and be there for them. This is an important goal because we all need friends and family and people to help us and guide us. My second goal is to become better at swim team and surfing. I want to be able to surf bigger waves and learn new tricks this year. I'll achieve this goal by practicing more. This goal is important because I enjoy surfing and swimming and want to become better. My third goal is to eat healthier. I eat pretty well usually but I could be healthier. My fourth goal is to do my homework more because I usually put it off and never do it. My fifth goal is to be happy more and smile more.

One of the steps I'll take to accomplish my goal is to buy less junk food. I will also make healthier choices if I'm eating a restaurant. For example, I would chose salad instead of a burger. Another step that I will take is to chose to not order what is cheapest if I'm eating dinner without my parents, but to chose what would be a better option.
Posted by Unknown at 2:22 PM No comments: